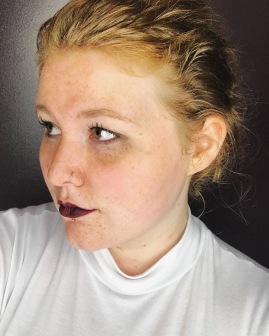 As you probably gathered from the title, yes, I am a woman, and yes, I am in my early twenties. My name is Katy (my friends call me Kath), and I’m going to tell you just a little bit about myself. I was born and raised in Upstate New York (No, not the city. Yes, there are even cows. No, I do not have an accent). I’m the oldest of four in my family, and I have some of the greatest siblings out there. We have an interesting family dynamic, which I’m sure I’ll devote an entire post to at some point, but for now I’ll be brief. My parents are young and also pretty cool (maybe I’m a little biased). For example, my dad just got another tattoo. I think that makes nine in total? But if I had to pick one thing about my parents to boast the most about, it would be their constant support and encouragement. They knew from very early on that I would leave home to pursue my dreams, and they never shied away from that. When I told them I wanted to move 1,000 miles away to go to school, they did everything they could to help me make that happen. Although, my dad was far less fond of the idea than my mom was. He’s been wrapped around my finger since day one. That being said, I still live 1,000 miles away, I graduated from Evangel University two years ago, and I’ve recently graduated from Missouri State University with my masters degree in experimental psychology. I think those are the important things you need to know, at least for now.